A rare banknote in UNC and an alphabet "A.2" unique?

In fact, I made a score banknotes encountered, both in the various catalogs professionals on retail sites and new online archive of the cgb website. I get the table below, broken down by letter, for a provisional total of 112 notes:

First observation: the "P" letter is still unknown! So, all your workbooks...

Second observation: I only counts 3 banknotes in "UNC" or "aUNC" with the following references:

Then, I point to all the collectors that the smallest currently known for this score (A.1 No. 60125) is on sale from March 2013 in Numiscollection in "F" grade!

To end this article, I recently pointed a note "A.2 No. 41004" in "VF" grade, but to my surprise, on all 112 banknotes met, it is currently the only listed with this alphabet; which would be unique? I urge all collectors to check their numbers Treasury notes... And as the saying goes: "Never two without three!".

Very soon in an upcoming issue of a next BN, cordially! 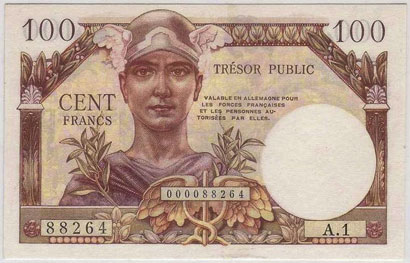 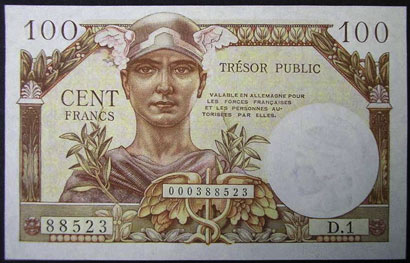 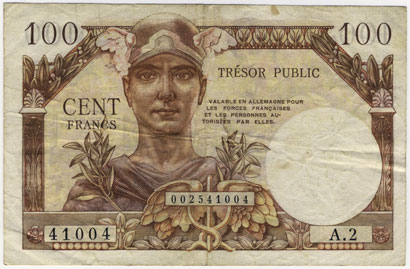 See the note into the catalog: Here